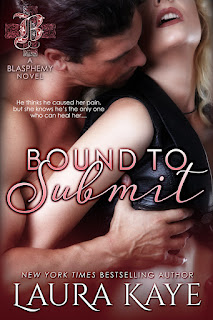 He thinks he caused her pain, but she knows he’s the only one who can heal her…

Kenna Sloane lost her career and her arm in the Marines, and now she feels like she’s losing herself. Submission is the only thing that ever freed her from pain and made her feel secure, and Kenna needs to serve again. Bad. The only problem is the Dom she wants once refused her submission and broke her heart, but, scarred on the inside and out, she’s not looking for love this time. She’s not even sure she’s capable.

So this review should have been done a while ago and I apologize for the lateness of it. I really tried to get it done before now, but I had trouble getting my reviews done lately, but here it is now.

So where do I start this review because I must say that I got hooked on it from the first lines. Kenna is a character that went through a lot in the Marines and while trying to share her experiences with other people through speeches, she has yet to deal with her own emotions and turmoils these events caused her.

Kenna's character was in way so relatable in a non-conventional way if I may say. She went through a great deal of pain and she is suffering from it, trying to move on with her life, but she has barely taken two steps forwards that she takes two back. This happens to a lot of people and those who try to deal with these traumas will often turn to something that once helped them or try something new. She went back to a time that helped her in hopes it would bring her some peace; which in this case was the BDSM club where she got her heart broken by her Dom.

Griffin hates that he lost the woman he loves many years ago because he wasn't able to realize quickly what she meant for him. Seeing her again is the second chance he never thought he would have, but he realizes that she isn't the same woman as she used to be. Helping her is only the first he is willing to take to win back her trust and her heart.

Griffin is a male character like I loved them; he is a good man. From the beginning, you can tell that he cares about the people around him. When Kenna asked for his help, he made sure that's what she wanted, he didn't push her to tell him anything she wasn't ready to tell him and he gave her what she needed.

Together, you can tell that he was made to help her piece back together the parts of her she had lost since the war. Whenever they were together, yes, it was hot and steamy, but more than that, I felt like it was really part of her healing process.

Overall, I really really enjoyed this book and I'm really looking forward to the next book of the series.

I was giving an advanced copy of this book in exchange of an honest review.
Posted by Julalicious Book Paradise at 12:23 PM 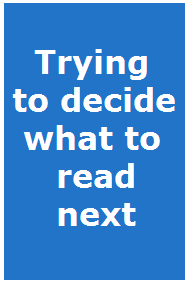 Next Books to Read

*NOTE: There is no order for my to-read list. I just know I want to read them and I don't know which one to read next.
- Legacy by Hannah McBride
- Goldilock by Jay Crownover
- Midnight Sun by Stephenie Meyer
- Justified by Jay Crownover

What are you looking for?

Review: Grace and Glory by Jennifer L. Armentrout (The Harbinger, #3)

My name is Julie and I'm 38 years old and I just love reading.
I read mostly YA and NA, but I'm open to read about anything.
If you have suggestions, go ahead and tell me. I'll gladly check them out.